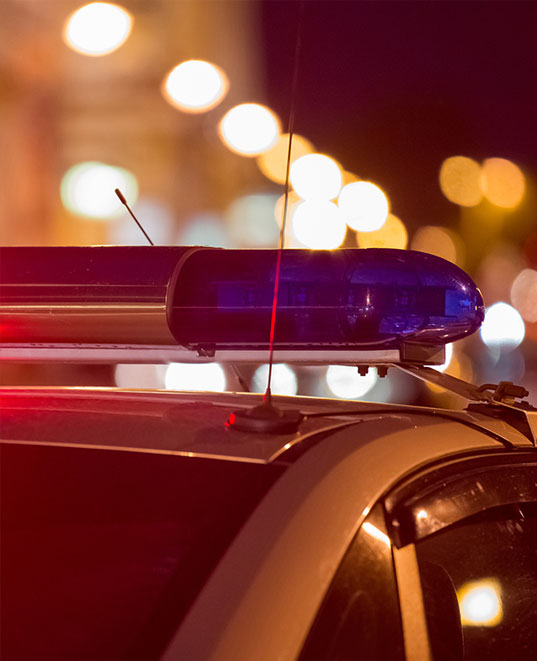 Charges involving allegations of violence are some of the most aggressively pursued cases by law enforcement and prosecutors alike. The strength of the evidence of such charges can vary from being based solely on one person’s word to the use of very sophisticated forensic evidence and expert witnesses. Consequently, if you have been charged with a violent crime you need representation that has experience dealing with the factual and legal issues presented in cases involving allegations of violence. As a prosecutor Zach tried and handled hundreds of violent offenses including Assault, Robbery, Rape, and Murder and worked with almost every type of expert and forensic evidence. Consequently, he has the experience necessary to understand and successfully challenge the types of evidence which will be relied upon by the prosecutor in support of its charge.

Over the last 10-15 years the Washington Legislature has passed very stringent new sentencing laws on violent crimes, especially those that are committed with a weapon. These statutes turn almost any device used in the commission of a crime into a “deadly weapon” and add years to any conviction. What’s more, the sentences are even longer if the State proves an offender had access to a firearm during the commission of the crime even if that firearm was not actually used in the crime and even when it was not recovered by the police. In addition, our state’s persistent offender (i.e. three strikes) statutes are some of the most stringent and aggressively enforced in the nation.

Zach’s twelve years as a Senior Deputy Prosecuting Attorney in King County gave me the opportunity to try dozens of cases involving violent charges and work on many more. He has tried countless felony assault and robbery cases as well as Aggravated Murder, Premeditated Murder, and Felony Murder cases. More importantly, the cases Zach took to trial involved all types of forensic evidence and expert testimony including DNA, ballistics and tool marks, arson and fire investigation, video and computer analysis, fingerprints, dog tracking, controlled substance analysis, gunshot residue and bullet projection, blood spatter, tire track comparison, and expert medical testimony regarding blunt force trauma, sexually transmitted diseases, gunshot wounds, sexual assaults, strangulation, and cause of death. Consequently, Zach understands much of the science behind these areas of expertise and know the strengths and weaknesses of each type of forensic evidence.

In addition to his experience handling violent offenses, Zach spent years in a federal grant position in which he was assigned to handle and oversee the prosecution of all firearm crimes charged in South King County. In this position Zach tried dozens of violent offenses involving firearms and other deadly weapons and worked with the United States Attorney’s Office to help determine which firearm cases should be tried locally and which ones would have better results in federal court. Thus, Zach has a great understanding of how firearm cases are charged and proven and what factual and legal issues can be raised in order to defend against them.

State v. S.N. (2018): In the spring of 2018, twenty-year-old S.N. was attending a party at the home of some friends who attended Central Washington University. During the party an altercation broke out between S.N. and one of the tenants of the house over a broken chair. By the time the altercation was over the tenant was suffering from a life-threatening knife wound to his arm and S.N. was facing 13-16 years in prison on charges of First Degree Assault and First Degree Burglary.

Along with co-counsel Michelle Scudder (www.scudderlawfirm.com), Zach successfully defended S.N. at trial which resulted in acquittals on both the Assault and Burglary charges. In addition, the jury concluded that S.N. acted lawfully in defending himself and the judge ordered the State to reimburse S.N. and his family for the attorney’s fees they paid to defend S.N.. S.N. now lives out-of-state and is pursuing his educational and employment goals.

State of Washington v. Jarred Ha (2016): Jarred Ha was a 22-year old economics student at the University of Washington when, after an altercation at an off-campus party, he was chased down by a 240 lb. body builder who began to beat him mercilessly. In desperation, Jarred pulled out a knife and used it to stop by the assault. In the process, Jarred inflicted serious wounds on his assailant. Because he used a knife to defend himself Jarred was charged with Assault in the First Degree and faced a prison sentence of 10-12 years. He was also summarily suspended from the University of Washington due to the incident.

Along with co-counsel, Michelle Scudder (www.scudderlawfirm.com), Zach successfully defended Jarred during a two-week trial after which a jury found him not guilty of all charges and entered a special verdict finding that he acted lawfully in defending himself. As a result of the special verdict the judge ordered the State to reimburse Jarred for all of his attorney’s fees and the University of Washington dropped the suspension allowing him to return to school. (See Jarred’s AVVO Review Here)

State v. Allen Ivanov: In 2016 Allen Ivanov took an assault weapon to the home of a high school classmate in Mukilteo, Washington and opened fire on a group of people who were celebrating the end of the school year. Among the three individuals who were killed was his former girlfriend. The evidence against Allen was overwhelming and included numerous eye-witnesses, a lengthy confession, and even a letter written before the incident outlining the reasons for the shooting. Due to the strength of the evidence and the youth and number of victims, the Snohomish County Prosecutor threatened to seek the death penalty against Allen. Zach and other members of Allen’s legal team were able to convince the elected prosecutor to spare Allen’s life just one day before he was scheduled to announce his decision.

State v. Johnnie Wiggins: In 2013 Johnnie Wiggins was charged with Premeditated First Degree Murder – Domestic Violence for beating his girlfriend to death on Christmas Eve in front of her 14-year-old daughter. Armed with two eye witnesses, a confession, and forensic evidence, the State refused to negotiate the case and went to trial with the hope of putting Mr. Wiggins in prison for the rest of his life. At trial Zach managed to exploit holes in the evidence and flaws in the investigation and convinced a jury to convict Mr. Wiggins of only Murder in the Second Degree saving him over 15 years in prison.